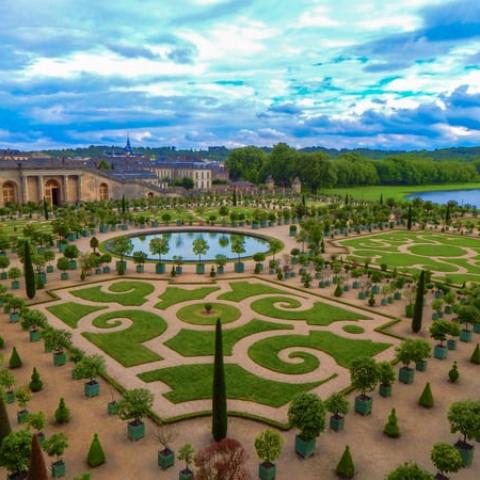 Discovering the Palace of Versailles

Evoking the splendour of the court of Louis XIV, the majestic costumes of queens and royal favourites, the genius of Molière, Corneille and Lully and the tragedies of the French Revolution, the Palace of Versailles is much more than a heritage monument; it’s a vital and vivid part of our history. You’ll find it quick and easy to get there for a visit during your stay at the Hotel Les Bulles de Paris!

The Palace of Versailles is less than 30 minutes away

Have we convinced you to leave Paris for a day out at the Palace of Versailles? Just take the RER C to Saint-Michel and in less than 30 minutes you’ll be in the heart of Versailles, just a short stroll from the immense Place du Château. From there, you can visit the apartments of the King and the Queen, stroll through the picturesque groves of the formal gardens or take a boat ride on the Grand Canal. You’ll be spoiled for choice!

A fascinating exhibition is presented by the curators of the Palace of Versailles until March 15th, 2020. Entitled Versailles Revival, it focuses on the years 1867 to 1937, when both this magnificent former royal residence and Grand Siècle culture inspired the passion of artists and the fascination of the general public. There was a great revival of interest in historic figures such as Marie-Antoinette, a rediscovery of period styles and forms by writers and artists like Proust, Fauré, Monstesquiou and many others, and Versailles occupied a central place in all this. Featuring a wide variety of documents and art works, the exhibition weaves intriguing links between eras.

The magic of Versailles remains through the years and in all seasons. For serious historical discovery, a dreamy stroll or a relaxing afternoon, escape from the capital and discover the Palace of Versailles and its park before returning for a glass of champagne at your Hotel Les Bulles de Paris!