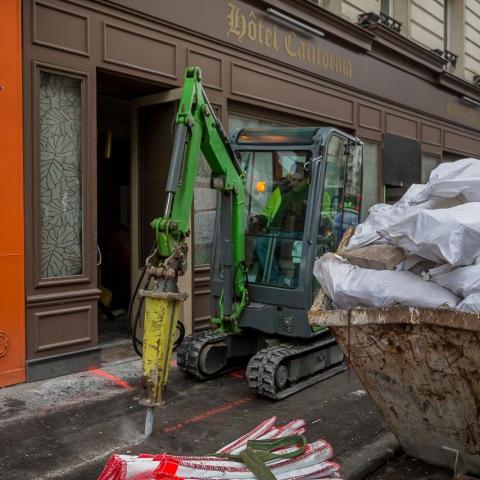 Published on Thursday, 4 december 2014 in Renovation

For the Hotel Les Bulles de Paris : Future 4 Stars hotel under construction. Taxis and Airport Shuttles are doing place for huge trucks.Indeed the incessant and very nice parade of taxis stopping in front of "The Old one" is just a memory. Right now it's an appointment of  big grue... Deliveries of heavy materials replace Fedex letters. The comings and goings of customers dressed up gives way to that of skilled workers, under the directive of conductor,  iron hand to realize the sumptuous creation  Les Bulles de Paris. Thank you to all those who put their hands to the building.